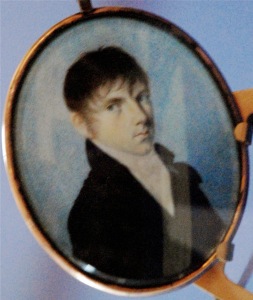 He then went on to study medicine where he served two years with Dr. E Mather at Lyme Connecticut, and then returned to Boston to continue four years under the instruction of well known Dr. John Sprague.

Elisha married Ruth Ruddock on May 12, 1767 in Boston. They had 7 children. Ruth died in March 1778 while giving birth to their eighth child, a son who only lived a day.

Elisha married soon after on November 29, 1778 to Mehitable Pedrick and had 11 more children.

Elisha took an early and very active part in the revolutionary movements:

Supreme Court Justice Joseph Story is the first son of Elisha and Mehitable. Here he describes the physical appearace of his father:

He was not as tall as I am, and rather of a stronger and fuller build. He must have been an uncommonly handsome man in his youth, (and indeed I have always heard): for when I first recollect him with distinctness, though then quite bald, his face was still of great masculine beauty and attractiveness. His eyes were blue and of singular vivacity and sweetness, his eyebrows regularly arched, and a fine nose, and expressive mouth, gave a perfect harmony to his features.

Life and Letters of Joseph Story

Elisha Story is buried in the Green Street Cemetery in Marblehead, MA. This simple stone marker is what he requested in his will: “I also desire that no monument beyond a middle sized stone with a simple inscription be erected.”

A simple stone for an extraordinary man…

Find me, remember me

2 thoughts on “A Patriot Story…”

View all posts by Angela Titus